Designing social alternative to begging on the street. 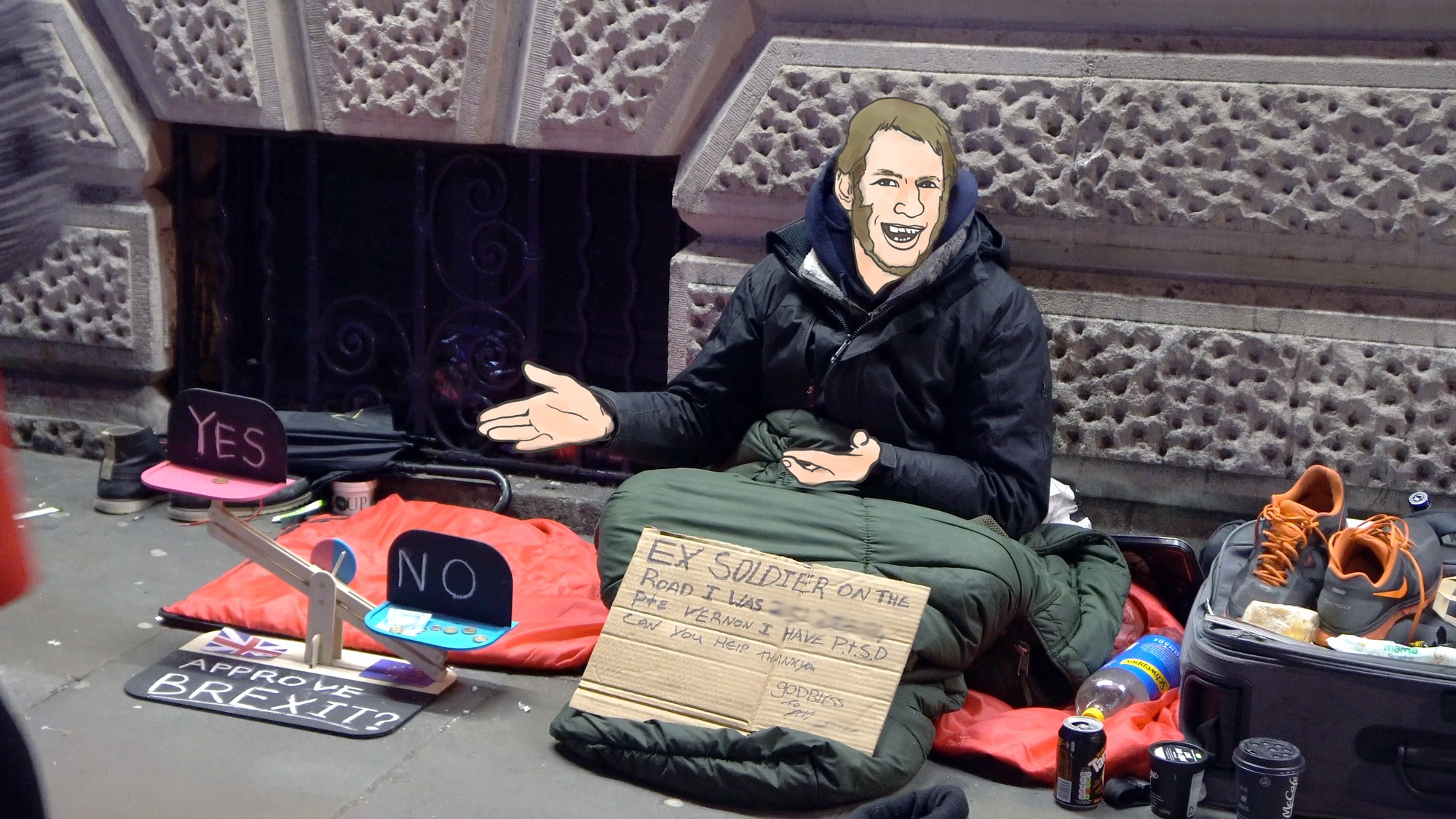 Job for bridging social divides.
A way to discontinue begging for homeless people.

Street debating is a job to bridge social divide by creating a place for open dialogue. This job was created as an social alternative to begging on the street for homeless people. Passers-by are invited to stop, engage in discussion, then put their coins on the side of the scale that represents their view. It creates an opportunity for people to break out of their own online social bubble to be challenged by people with different opinions. Several street debaters are active in the world today.

Begging is an act of discarding one's dignity.

I interviewed twenty-six people who were begging on the streets of London and in Amsterdam. Through these contextual interviews, I discovered  that many of them were struggling to keep their dignity intact because when a person begs, they are throwing away their dignity in exchange for a few coins.

How can we design ways to prevent early stage homeless people from begging on the street and losing their dignity?

I arrived at the hypothesis that long-term begging leads to a gradual loss of self-confidence and dignity. While most people begin to beg temporarily, many continue to do so continuously. And the longer someone begs on a daily basis, the harder it becomes for them to find employment and connect back with society on more equal terms.

When people continue temporal begging for too long it becomes difficult for them to go back to having a steady job.

How can we make more alternative ways avoid temporal begging all together?

Conversation as an equal is essential to one's dignity.

I conducted co-design with the people who were begging on the street to come up different ways of earning money on the street. Most prototypes failed but one intervention before the US election in 2016 worked. It was by using multiple cups to ask questions. This stopped many people for a friendly chat. I realised that this conversation aspect was crucial. For people who beg or do not have a home, conversation as an equal rarely occurs, but it is essential to one’s dignity.

Me doing street prototyping on the go

Interaction sketch of how most people interact with people begging.

The improved interaction with the two cups.

Developing and deploying a product that creates debate and income on the street.

To enhance the conversation aspect of the interaction, the scale-like product was developed. The product was handed out to people who were begging on the streets in London.

The two colours were based from what would stand out on the street. 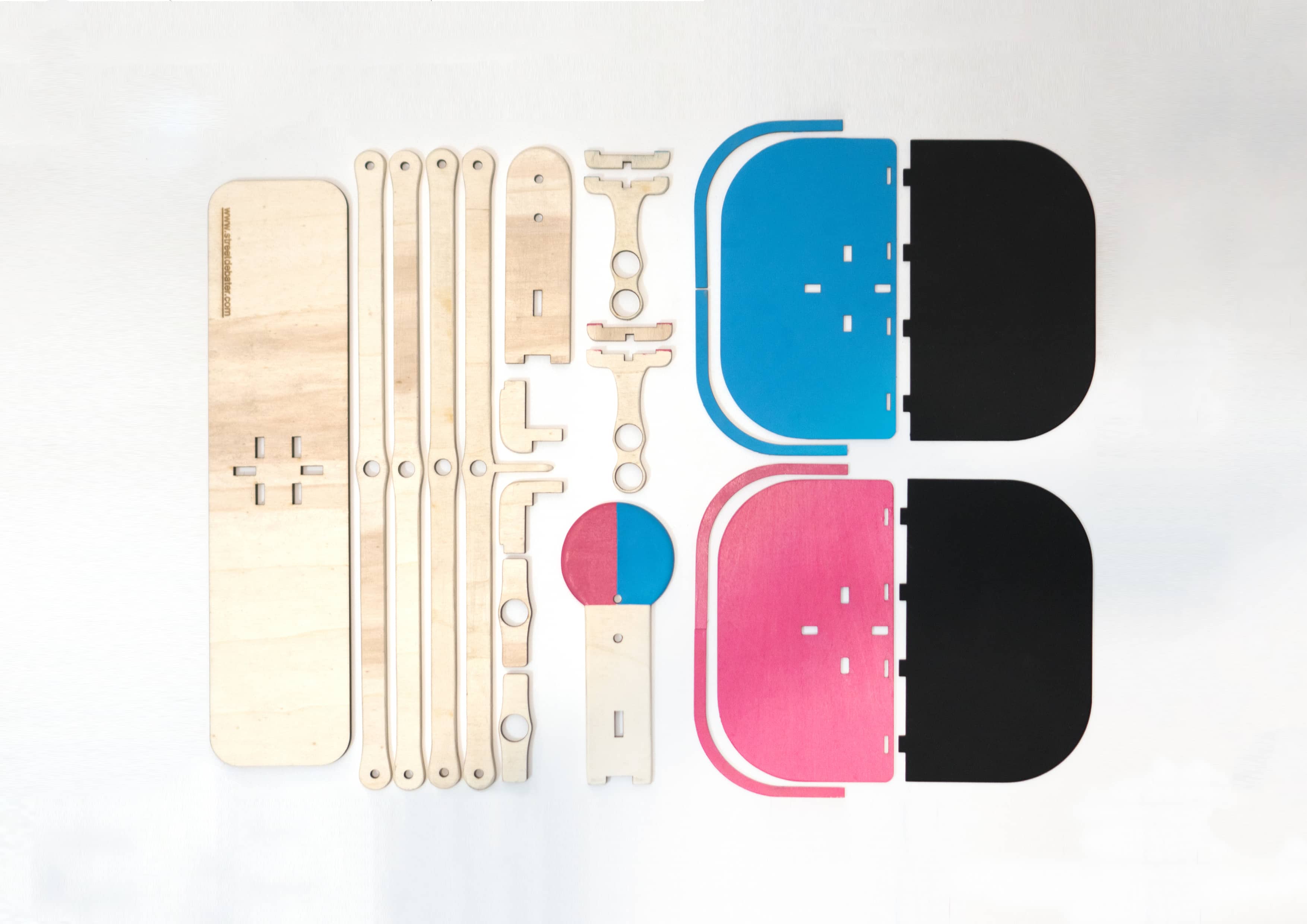 One person getting off the streets with street debating by earning 70 pounds per day for 3 month.

One homeless street debater in London used this for more than 3 month and got off the streets with the money he earned. He now has a place to stay and a steady job. On average he earned 70 pounds per day and the maximum money he earned per day was 180 pounds.

Video of me going all-TED at Design INDABA in Capetown

Anyone can be a Street Debater from politicians to chefs.

Street debating is not just a thing for homeless people. From politicians to chefs, anybody can become a street debater to question the society. The device data is open source at  www.streetdebater.com  and can be made by anyone. Currently, several street debaters are raising their own debate on the streets across the world !

*Disclaimer : This project is not to be understood as the "solution" to the huge problem of homelessness and begging. It only serves as a temporary alternative for those who need a quick escape from the street.